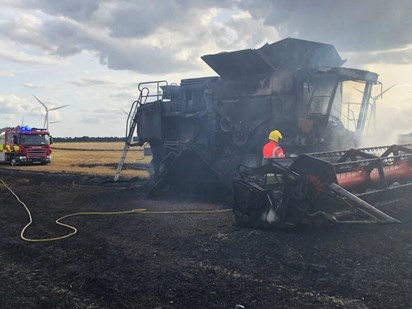 On Wednesday (21) at 3.54pm seven crews were called to a fire on Common Bank, Throckenholt.

On arrival, crews found a combine harvester and standing crop on fire.

Firefighters used four hose reels and beaters to extinguish the fires before returning to their stations by 9.35pm.

The incident was later re-inspected.

Incident Commander Farsh Raoufi said: “Firefighters from both counties worked extremely hard and contained the fire quickly to prevent it from spreading any further.”