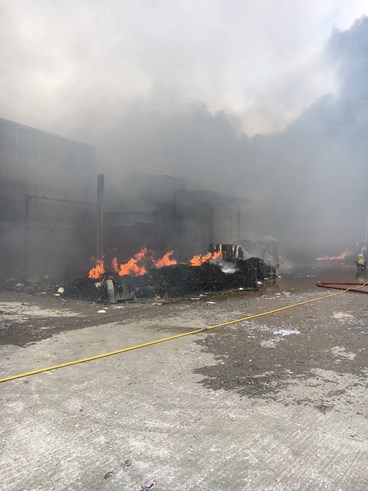 At 9.53am on Monday (29) crews were called to a fire on Eastwood Industrial Estate in Wimblington.

Crews worked hard to extinguish the fire and stop it spreading to other buildings. They were also assisted by staff at the site who used diggers to break up bales of paper.

The A141 was closed for some time, but reopened at around 6pm.

Those living in and around Wimblington were advised to close their doors and windows due to the smoke coming from the fire.

Crews remained at the site helping site staff ensure the fire was out and making regular inspections until Thursday April 1.

The cause is believed to be accidental.