Week of action to help people #KnowExactlyWhere in an emergency 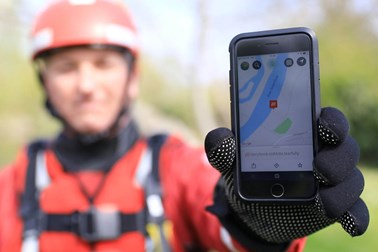 This week, Cambridgeshire Fire and Rescue Service (CFRS) will be taking part in #KnowExactlyWhere week with emergency services, local authorities and organisations around the UK to raise awareness about the free what3words app - and how it can be used to save precious time, resources and lives in an emergency.

what3words has divided the world into a grid of 3m x 3m squares.  It has given each square a unique combination of three words - a what3words address. ///ports.rests.stint, for example, will take you to a precise location along Huntingdon riverside, that is a known locations for people going into water, and where an incident has happened in the past.

The app is free to download for both iOS and Android and works entirely offline – making it ideal for use in areas of the UK with an unreliable data connection. what3words can also be used via the online map at what3words.com. The technology is available in over 40 languages, and can be used anywhere in the world.

‘Where’s the emergency?’ is one of the first questions you are asked when calling 999. But saying exactly where you are can be challenging if you don’t know where you are and there aren’t any obvious landmarks. Emergencies can happen anywhere, from a remote field in the Fens to on the side of the A1 to our scenic waterways. Services often can’t detect where you are automatically and dropped pins are difficult to explain over the phone.

CFRS has been using what3words since June 2019. It has been used a number of times at incidents from water rescues, to rural fires, to help us to ensure our resources are sent exactly where help is needed, fast. It can also be used to help crews and other emergency service colleagues find the best access point.

“A 999 call could be one of the worst times of your life. Having to provide additional directions when you’re under immense stress and the clock is ticking is something that we want everyone to avoid. You never know when an emergency might happen. You may well know exactly where you are, and can provide the street address, but if you don’t, you can use what3words, and you’ll able to tell us exactly where help is needed - quickly and easily.”

“We’re extremely proud and humbled to see what3words being used successfully in control rooms up and down the country, and every what3words rescue that we hear about touches our team personally.”